VIVA DEMOCRACY, DOWN WITH DICTATORSHIP 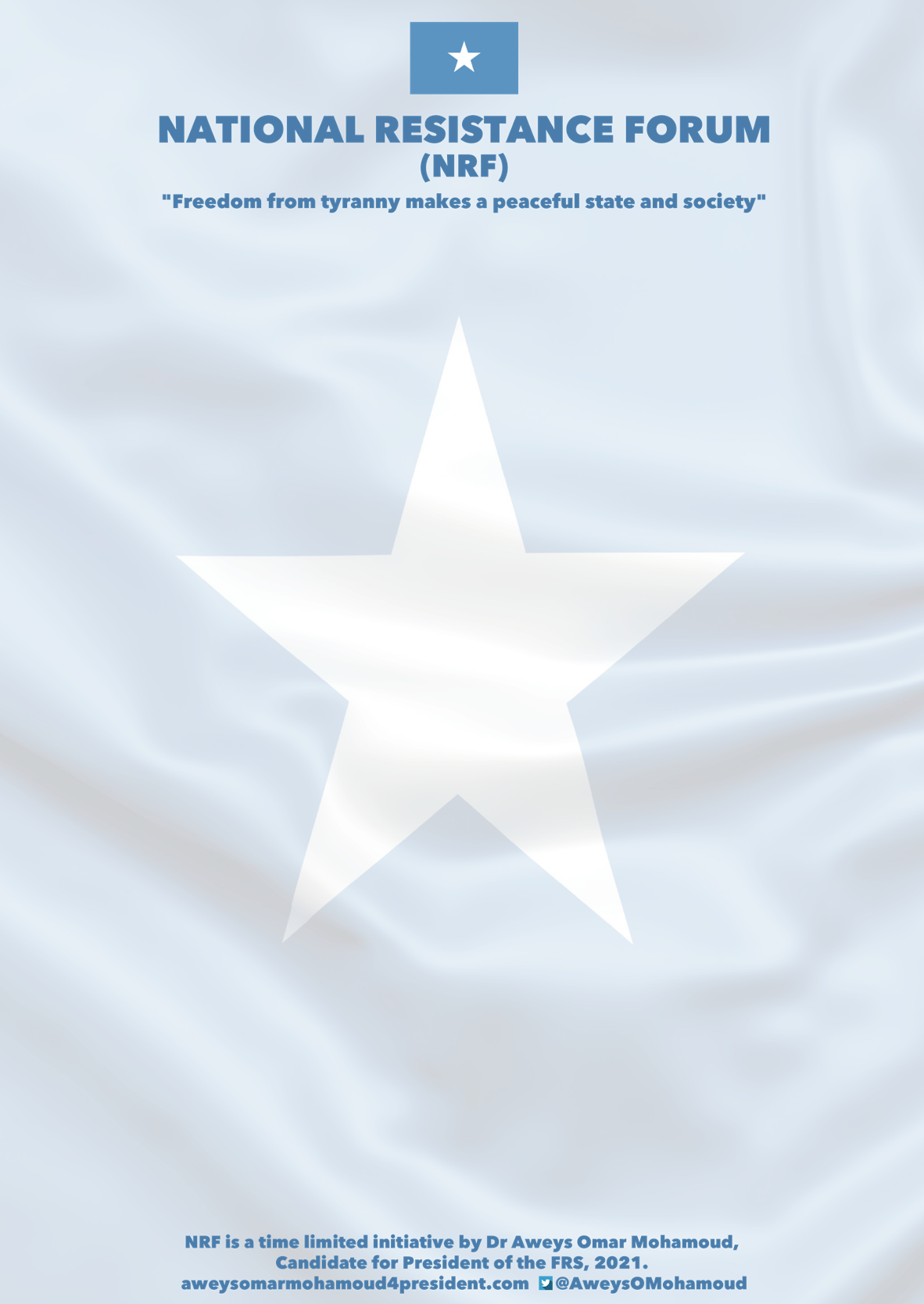 Following the illegal extension at the Lower House of Parliament on 12 April 2021, this campaign called for the creation of a national resistance movement in the diaspora to complement the gathering clouds of internal resistance and external pressure against Farmaaja's power grab.

As has the illegal extension already been rescinded, we are now in a new phase of this ongoing struggle for freedom where we need to find out the 5 Ws (and 1 H) that should be asked to get a complete story on this naked power grab: What happened? Who? When? Where? Why? And How did it happen? We need accountability which means Farmaajo and associates will have to take responsibility for their actions and resulting consequences. There has been violence, death and destruction, and humanitarian consequences following their illegal term extension. Farmaajo knew or should have known that his actions were going to undermine the Constitution of the FGS, threaten the country's nascent institutions, and risk the safety and wellbeing of the Somali people. Above all, we need the facts of what happened to never be forgotten and the truth to be permanently preserved.

That is why we announce forthwith the creation of a National Resistance Forum (NRF) to generate a great public record of this very short-lived dictatorship. It was Farmaaja's boast that his dictatorial reign would last for twenty years. Instead, it lasted only for thirteen days, 12 - 25 April 2021. April 25th was the day when Farmaaja's attempt to violently subjugate his political opponents in Mogadishu were totally defeated.

Had Farmaajo won on that day, 25 April would have been turned into a national holiday which commemorates the birth of Farmaaja's dictatorship, officially dubbed as the glorious revolution. Let's now turn the tables on Farmaajo and to do so, this campaign calls on all Somali people who want to see democracy flourish in our country to consider making April 25 as our national holiday to celebrate the end of dictatorship in Somalia.

Whereas the focus of his predecessors was building consensus on the ground rules for a new political settlement, Farmaajo disrupted the balance of interests in the country by setting aside traditional tendencies to compromise and accommodate conflicts in order to impose authoritarian hegemony on the country. The result has been to politicise and militarise clan groupings in opposition to the FGS and to plunge the country back into civil war. His hegemonic authoritarianism divided the country, given rise to regional and clan tensions and divisions, and imperilled moves towards democracy. NRF will shine a light on the rise of antidemocratic forces online and offline under the Farmaajo leadership in the past four years.

The Somali flag at the top represents freedom in all its facets. Freedom House defines 'freedom' in terms of political pluralism and participation, electoral processes, the functioning of government, freedom of expression and of belief, associational and organizational rights, the rule of law, and personal autonomy and individual rights. Buluugley1 represents all these freedoms which were and still are at stake because the tyrant may be wounded but is not finished yet. As they say, it's not over till it's over.

It also represents the network of communities in multiple chatrooms and discussion groups in internet social networking sites, across the four corners of the world, sharing information and ideas to resist Farmaaja's naked power grab until his regime was overcome by internal resistance forces when he started using violence and force of arms to subdue his political opponents.

The stakes are high for our country as we approach a crucial period in our transition. Will our democracy survive or breakdown as a result of Farmaaja's power grab?  If we can hold free, fair, credible and inclusive elections in line with the 17 September agreement without further delay - with a handover of power from Farmaajo which I'm sure will happen where he to stand for re-election, then we will have taken a huge step toward re-establishing our democratic system. That, in turn, could provide the foundation for the recommencement of our state and peace-building processes, including the reform of security and justice sectors that will be necessary to achieve the social, political and economic development aspirations of our people.

Stay tuned for our next article, 'The Rise and Fall of Farmaaja's Dictatorship, 12-25 April 2021'. At the core of this article will be a full verbatim transcription and analysis of Gen. Saadiq John's 12 April Statement in opposition to Farmaaja's dictatorial power grab.