THE RISE AND FALL OF FARMAAJA’S DICTATORSHIP, PART I 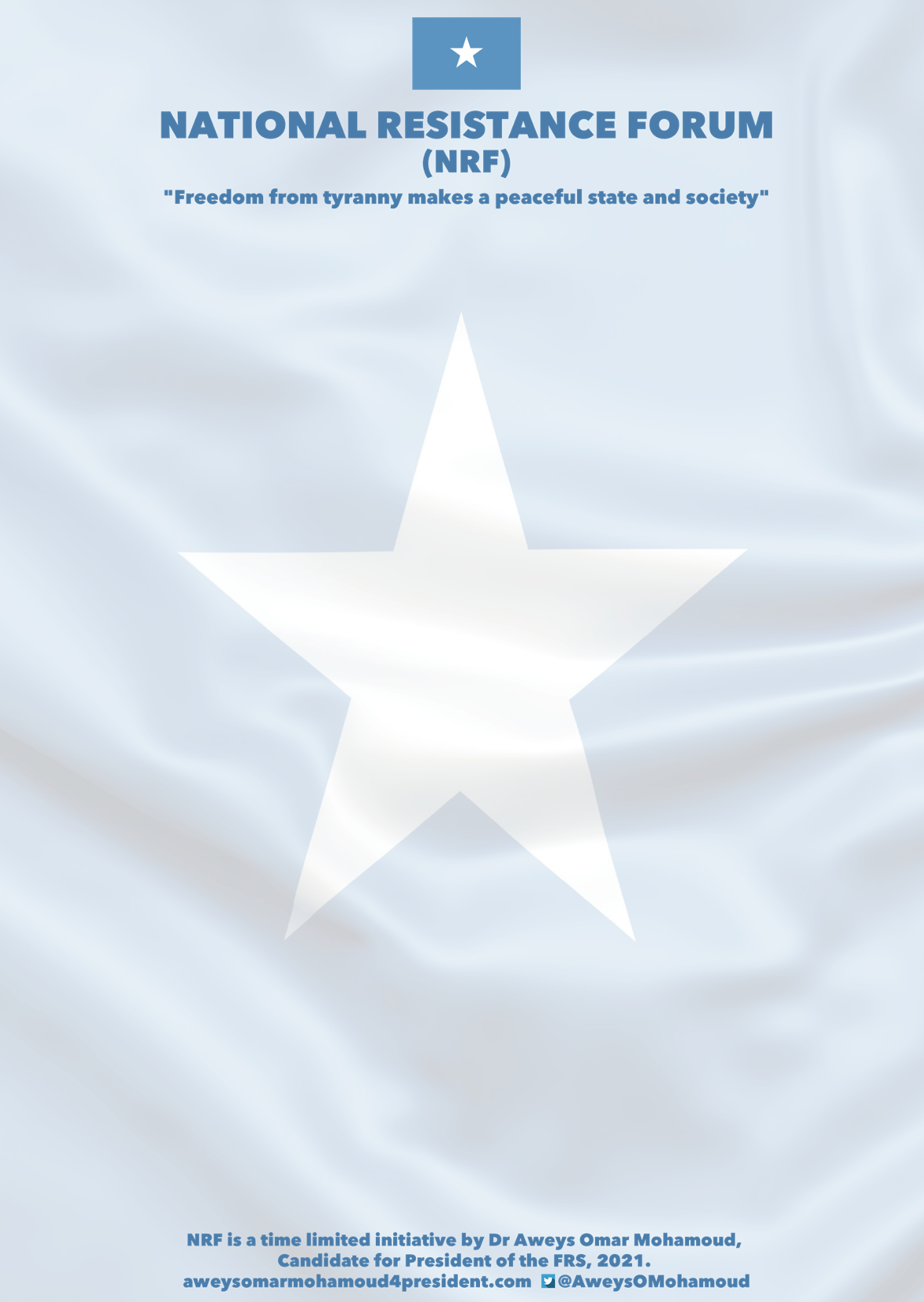 It was Farmaaja's boast that his dictatorial reign would last for twenty years. Instead, it lasted only for thirteen days, 12 - 25 April 2021. The dictatorship hit a brick wall on that fateful day of April 25th when all attempts to violently subjugate the regime's political opponents in Mogadishu were totally defeated.

As the famous Ghanaian economist, George Ayittey, aptly remarked, "A DICTATORSHIP IS INHERENTLY UNSTABLE and will eventually collapse under the weight of its own internal contradictions and intrigues, for it violates the natural order of things [All emphasis belong to the author]."1

According to Ayittey, respecting the 'natural order of things' means acting justly and recognizing in word and deed what belongs to another. Because a dictatorship violates that natural order, it eventually collapses. For Farmaajo, the demise of his dictatorship started, sooner than he ever expected, on the very day that he had planned to be enthroned, 12 April 2021.

Like most dictators, Farmaajo is said to be naïve, simplistic, and blinded by his own bellicosity. A dictator obviously must be constantly on the guard because keeping track of all the details calls for complete attention. Farmaajo must presumably therefore be vigilant all the time, keeping a weather eye open for trouble. But vigilance is especially susceptible to fatigue or tiredness, and that is a condition in which a dictator would not want to find himself in. So, in that fateful morning of 12 April, Farmaajo must have been suffering from extreme fatigue or weariness when he had possibly been alerted to a livestreamed facebook video of his once loyal lieutenant Gen. Saadiq John denouncing his power grab. 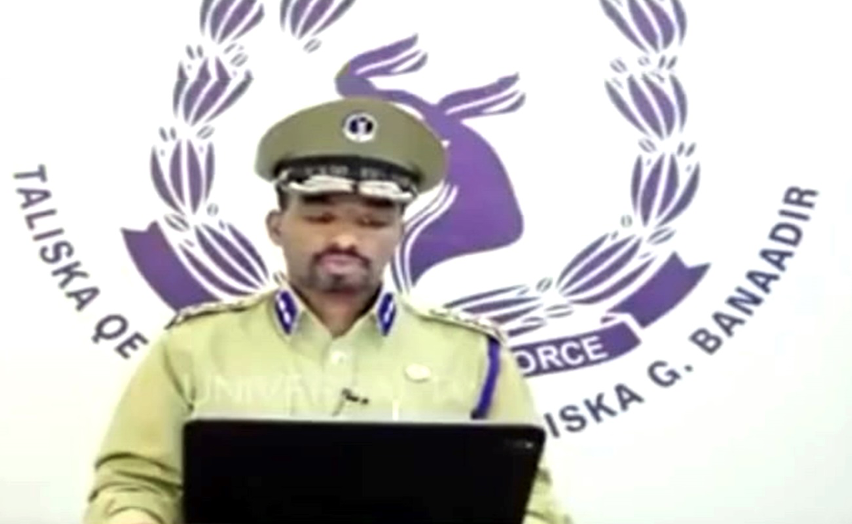 Freedom of speech is the defining distinction between democracy and its enemy, dictatorship. General Saadiq John used words in that morning, not bullets, to exercise his freedom of speech against what he saw was a dawning dictatorship. Words are singularly the most powerful force available to any group of people resisting a dictatorship, more powerful than bullets or bazookas. That is why dictators have little or no toleration for words that are contrary to their political worldview, and that is why control of the flow of information is the tool of the dictatorship.

Once people saw General Saadiq John's live video feed on facebook in that morning, it was clear the Farmaajo dictatorship would be sliding down a "slippery slope" towards disintegration. Farmaajo himself and his collaborators knew the same, hence their reported endless efforts to either capture or kill Saadiq John in the days following his defection to the opposition.

Saadiq John himself was, in the past, accused of personally executing violent attacks against Farmaajo political opponents in Mogadishu, but this time he was clearly moved by the repression he knew the country would suffer were the dictatorship to be consolidated. What you will read in his 5-minute video oration transcribed below is that he was rationally persuaded that the cause of the opposition was just, and that is why he decided to accept and share their aims.

In the historical literature on liberation struggles, this is called conversion. Cases of conversion do sometimes happen, but they are not common or do not happen at all. From all that transpired since 12 April, we can say General Saadiq John's conversion was truly genuine in that he was a long-time Farmaajo loyalist who turned into an ardent opponent once he realized the regime he supported was becoming a dictatorship.

With these powerful words and simple hard truths, General Saadiq John fought for the honour and dignity of his country and his people in the morning of April 12, 2021:

"I want to share with the Somali people this morning an urgent piece of news which we, as the Somali Police Force (SPF), would like to share with the nation. The SPF has a responsibility (for peace and security), and especially the Benaadir Regional Police has great professional responsibility which is bigger than the responsibility that comes with individual obligations to family and friends. That professional responsibility instructs us to address anything that disturbs the peace, especially in this region. For this reason, we don't want to see a breakdown in peace and order in Mogadishu and the broader Benaadir region. We don't want to see again a violent breakdown and a return to chaos and war arising from political conflict. The country simply does not deserve to be treated in that way. It is not going to happen that I kill people who are members of parliament or close down the Somali Parliament whose honour and dignity I took an oath to protect. We have ordered a brief pause on the scheduled meeting of the Somali parliament today. The reason for ordering this brief pause is because we need to make sure that there's no racketeering and political robbery (that delegitimizes parliament), and that we have a political agreement instead. I say to Somalia's parliament, "you were in power for four years. Those four years have gone. You were elected to office, in the first place. You now need to go back to your constituencies and get re-elected again. Go back to your people and ask them to renew their confidence in yourselves as their new MPs. Then come back in proper form as true and legitimate MPs in accordance with the constitution. You were elected in the first place so do not think about stealing or obtaining something (the position of MP) dishonestly. Do not think about (illegally) extending your term. You better spend the time, money and energy that you'd use in doing this (illegal extension) to go back to your constituency and ask them to give you again their confidence as their new MP."

I'm the topmost ranking police officer looking after the security and safety of people in Benaadir region, both supporters and opponents of the government. I cannot undermine the safety and security of citizens. I cannot operate like a criminal entity (being instructed) to attack so and so, and so and so. I cannot do those things. Everyone has to be in their house in peace and safety. Everyone has to live in this city peacefully. We don't need to organize hostilities. Anyone with weapons who is intentionally trying to use those weapons against another Somali person must not do so. They must lay down their weapons. It is not possible (cf. against the law) to use weapons against another person. It is my responsibility to make sure that each and everyone of us lives in peace and safety in Benaadir region.

We, all security personnel, whatever name we carry and wherever we may be, we need to unite (against) the enemy. The enemy that we are going to unite against are the terrorists. We, as a country, have one enemy (al-Shabaab). Let's not be pitted against one another. You fight against so and so; you defend yourself against so and so; destroy the city; all of that is finished. No more. We need to use our intelligence and survive. We need to overcome the (ongoing) conflict among the Somali people. We don't need a 15-month (illegal term) extension that would give us 15-years of trouble. We don't need that. We need to act collectively; overcome the problems collectively; come to a political agreement collectively; and live together peacefully.

Finally, I appeal to the Prime Minister of Somalia to exercise his authority. The conflicting parties must be returned to the tent (in Afasyooni) to continue talking. The tent is open; the meeting is open; the (peace) talks are open. Conflicting parties must go back to the tent. Let them go back in there and make a deal. We need a united political process. Politicians are required to put the national interest above their personal interests. There is no need to collect weapons and organize for war. There's no need to say (feel happy about) so and so is dead; so and so is down; why shouldn't so and so die?'. We need to use our intelligence today. We can only come out of this by using our intelligence. If you can't use your intelligence, the power goes to the security forces. Security is the responsibility of the security forces and we don't want the peace and security to be disturbed. We don't want people to violate the rules. The country enjoyed successive elections since the Arta Peace Process was concluded (in the year 2000). The country needs an election now. Any man who was elected before must seek a renewed election mandate. No one will be allowed to use force to attain office or rig elections and, in the process, destroy this city. That is not going to be possible. I appeal (again) to the Prime Minister to exercise his authority. 'Mr. Prime Minister, you can do this, so please do it. There's no need for you to be dictated to (by Farmaajo?). You have the power to dictate (that only through free, fair, credible and inclusive elections will the question of leadership in Somalia be settled)."

Stay tuned for my analysis in Part II, to be published next.