President Farmaajo’s dictatorial tendencies are a cause for widespread political grievances capable of unravelling the Federal Government of Somalia February 25, 2020 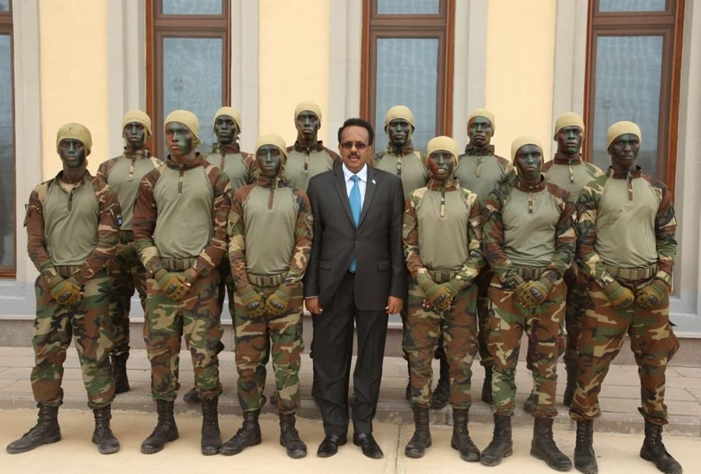 Let me preface this piece by first mentioning that I have worked in Somalia for most of the past three years, mainly as an advisor to the FGS while living among ordinary folk in Mogadishu. I talked to people, travelled across the city, and saw the lives of ordinary men, women and children, and the behavior of their rulers. What I saw was a society conditioned by violence and repression, and is at the mercy of rampant corruption, persistent insecurity, inadequate governance capacity, lack of accountability and transparency on the part of government, ineffectual leadership and lack of progress in terms of social and political trust in addition to an extra-ordinary level of humanitarian needs. The government of President Mohamed Abdullahi Farmaajo has failed to address and even to identify a coherent conceptual framework that is adequate to the task at hand. I want to write down some of my reflections on these issues in a series of articles. I shall write about my experiences at the Ministry of Education, separately. Now, here's my first article: a preliminary review of the President's authoritarian tendencies and proclivities.

Having recently installed an ally as president of Galmudug State by fiat, President Farmaajo has now begun his fourth year in power which, many believe, portends a possible undoing of the tenuous peace that currently prevails in the country.

President Farmaajo's modus operandi over the past three years has been to demand submission to his will, and to compel conformity to his authoritarian whims. Almost from the moment he came to office, he started dismantling core elements of the provisional constitution that stand in the way of threats of new dictatorship and repressive rule: the independence of parliament; the principles of the federal system enshrined in the constitution; a free press; and the rule of law.

Wherever there is good governance, parliament holds the government to account, ensuring that its policies and actions are both efficient and commensurate with the needs of the public. This oversight is also crucial in checking excesses on the part of government. Not so in Somalia under President Farmaajo's government which completely muzzled parliament from the beginning and relies on a narrow base of supporters and patronage networks to govern. His government hired almost a third of MPs, many of whom were unqualified, into ministerial positions for which they were unsuited and buys off another third in exchange for political support, thus undermining scrutiny and oversight. In the meantime, the rights and interests of opposition MPs, and especially those who tried to stick their heads above the parapet, have been trampled upon.

Whilst the extent of misuse of public resources by President Farmaajo's government, in its vain hope of creating a new dictatorship in Somalia, cannot be known, what is now clear is that he had a few tricks up his sleeve from the beginning to make sure that parliament does not get in the way of his self-centered approach to politics. Just over a year into his administration, he forced out the former speaker of parliament, Mohamed Sheikh Osman Jawari, and replaced him with one of his ministers.

The provisional constitution, adopted by a Constitutional Assembly in Mogadishu on 1st August 2012, is the legal basis of the FGS. The constitution, while not yet ratified, establishes a federal system of government with significant prerogatives reserved for the Federal Member States (FMSs). It sets out the purposes of government, limits on governmental powers and, among other things, the relation of the national government to the FMSs.

The federation is an answer to the highly centralized, totalitarian state which the late dictator Siyad Barre developed; a regime apparently held in high esteem by the leaders of the current government. If well managed and enough trust develops between the Somali people, a federation can satisfy both those who want a more substantial central governing capability, and those who want strong regional governments. Those powers to be exercised exclusively by the center; those to be exercised exclusively by the FMSs; and a concurrent list of powers that can be exercised by both the center and the FMSs will have to be negotiated before the constitution is finally put to popular vote for ratification. Strict adherence to the constitution entrenches the rule of law and hence respect for legal procedures.

As I write, President Farmaajo is in contention with two FMSs, Puntland and Jubaland. A third, Galmudug, is in turmoil, after the FGS installed an ally as President, and two groups of opponents, the previous incumbent and leaders of the religious group Ahlu Sunna wal Jamaa'a, have rejected the outcome. In an earlier more serious intervention in the electoral process of another regional government, President Farmaajo maneuvered his own man into position as President of the South-West State in Dec. 2018. Days earlier, he arrested the main opponent of his candidate (a former al-Shabaab commander who defected to the government), sparking protests in which at least fifteen people died. At this, the then UN Special Representative Mr. Nicholas Haysom asked the government some pertinent questions about its responsibilities in the matter. In answer, he was expelled from the country.

In the last few weeks, the President sent in the army into Gedo region in Jubaland on the pretext that they will be securing the border with Kenya. This foray into Gedeo will further complicate the huge tensions that are already there, stemming not only from the disputed Jubaland electoral process of August last year but also from the President's unending quest to replace the incumbent with a puppet of his own who does his bidding, especially in the upcoming elections. In protest, Puntland recalled all its federal MPs and Senators for consultation, next month. No one can predict what the outcome of those consultations might be for the peace and state-building process.

In a new report, Amnesty International accuses the government of killings, corruption and censorship of media freedom. One of their officials in the region is quoted as saying: "The quest for a positive image has led the authorities in Somalia to embrace repressive tactics that fly in the face of international human rights standards".

Because of his arbitrary exercise of power without following any lawful procedures, President Farmaajo has violated the rule of law and subverted the constitution. The only other President that overthrew a democratic constitution in the history of the modern state was the late dictator Siyad Barre who in his long reign of terror created a society conditioned by violence and repression. Critics of President Farmaajo say his government shares many of the attributes common to the late dictator's repressive regime.

Somali leaders and the international community must wake up to the serious threat to the FGS institutions by the excesses of this President, and make sure the up-coming elections are free from domination by the specific interests of the power group around him.