FARMAAJO’S LAST THROW OF THE DICE WHAT IS HIS ENDGAME? 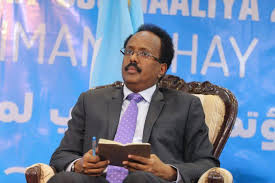 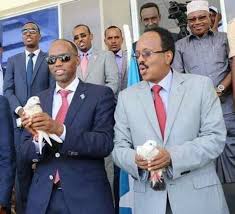 In response to each big question of politics, one must surely reply ''It depends.'' Valid answers depend on the context in which the political processes under study occur. They also depend on the context in terms of understandings built into the questions, the evidence available for answering the questions, and the actual operation of the political processes themselves. I take this position vis-à-vis the bizarre, unprincipled, cantankerous methods of operating by President Farmaajo most recently. He simply does not belong to the leadership of the new Somalia that has been making a remarkable recovery in the past few years from a war-convulsed, rubble-strewn, and shell-shocked post-conflict trauma case to an economically active emerging democracy.

I take the position "It depends" not as a counsel of despair, but as a beacon of hope. I pursue the hope that political processes depend on context in ways that are themselves susceptible to systematic exploration and elaboration, with the believe that better description and explanation improve both theory and practice.

President Farmaajo has breached constitutional norms of behaviour outrageously and egregiously, from the beginning of his term in office. However, he has recently mutated into an outlaw, anomic, unsavory, and troublesome "rogue" leader. The script of the vicious and uncouth recent sacking of H. A. Khayre (his longtime pal and subordinate) in parliament features Farmaajo full of roguish anger. A rogue is an outlier, an elephant pushed out of the herd. Animals are rogues when they become vicious and destructive. For humans, rogue once referred to criminals, tramps, or scoundrels. It still carries those definitions but also connotes a dishonest or worthless person. Rogues are caddish, disreputable, and unsavory, with questionable antecedents and impure intentions.

The declared goal of Mr. Farmaajo is to stay in power indefinitely. I wonder if this goal is in line with the letter and spirit of the Provisional Constitution of the Federal Government of Somalia. I wonder if it is in line with the outcomes of the series of negotiations, agreements and peace accords that Somali leaders entered into over the past thirty years whose aim was not only to avoid the return of civil war but also to seek to: (1) promote reconciliation, (2) develop mechanisms for resolving future disputes, (3) provide for reliable security, (4) open economic opportunities for citizens to earn a livelihood, and especially to create jobs for young people, and (5) generate space for civil society.

Farmaajo's faulty judgements and incompetence, and his serious infractions of the law must now be clear to all. His deceptions and lies repeated flagrantly and intentionally through his propaganda machine, and the hubris which led to the inexcusable failure to plan and prepare for elections to facilitate peaceful and democratic transfer of power will have tragic consequences.

By adopting a federal constitution with checks and balances and a democratic republic upon law, Somali leaders who came and went in the past twenty years of state-building sought to avoid the evil tyranny they knew from before. They had in mind the usurpation of power by a single individual or group, or the circumvention of law by rulers for their own benefit. Their fear seems to be shaping up in the form of Mr. Farmaajo who appeared in Dhuusamareeb a few weeks ago with obfuscation, lies and evasions, and to make divisive clan deals for the sole purpose of derailing the 2020/2021 elections which are baked into the country's constitutional framework.

The only other President that overthrew a democratic constitution in the history of the modern state was the late dictator Siyad Barre who in his long reign of terror created a society conditioned by violence and repression. Farmaajo shares significant traits with the late dictator, and they are not characteristics of heroic struggle of justice against evil. It is that they are both highly dogmatic and play divisive politics.

In her classic work 'clan cleansing in Somalia: the ruinous legacy of 1991,' Lidwein Kapteijns observes that Siyad Barre proved a master in restructuring his political resources and mercilessly pulling the strings of his clan networks. However, in doing so he destroyed not only the very resources on which he relied for political survival but also laid the foundation for the collapse of the state itself. Siyad Barre and Farmaajo are not the only Somali politicians to use clan as a political instrument, but the question is how deep, how high and how wide would you want to take the use of clan not as an instrument of power to play politics but as a means to destroy everything in your path if you won't be allowed to stay in power indefinitely.

President Said Deni of Puntland has recently confirmed in a video statement that Mr. Farmaajo tried in vain to use the very important gathering in Dhuusamareeb to argue for an indefinite extension of his term, never figuring out how that would violate the constitution and legal consistency. The constitutional provision regarding presidential term of office must be applied equally, consistently and fairly among all presidents regardless of who they are and what their names are, Farmaajo, Hassan, Sharif, Abdullahi, Abdi-Qaasim, etc. Under the Constitution, the term of a President is four years, full stop. Why would Mr. Farmaajo be any different to all the others?

Dictatorships still rule roughly 40% of the world's nations. All international wars since the end of World War 1 have involved dictatorships. Our deadliest war with Ethiopia took place under Siyad Barre's dictatorship. Two- thirds of civil wars and ethnic conflicts since World War II have erupted in countries under a dictatorship. Since the fall of the Berlin wall in 1989, dictatorships have perpetrated nearly 85 percent of mass killings by governments. That puts into context what happened in Somaliland against the Isaaq clan in the 1980s and, to a lesser degree, in Mudug against the Majeerteen after the attempted coup of 1978. In other words, dictatorships affect millions of people's lives (and deaths) and initiate most of the urgent international challenges that the world community faces. For 21 years, the Somali people have lived under a dictatorship that ended in civil war, state collapse, and the flight of millions.

The late dictator is no more but Mr. Farmaajo, if not resisted now, will return the country to the same ruinous end of thirty years ago. He is now said to be busy covering up the snares and pitfalls he has set up for his political opponents. Geddes et al. (2018) who studied 'how dictatorships work' identify characteristics of different groups that seize dictatorial power which, they say, can be observed before the dictatorship begins. Groups potentially able to initiate dictatorship have varying capacities, resources, organizational structures, ways of making decisions, and distributions of within-group power. They use the term "seizure group" to refer to the small group that literally takes over in order to initiate dictatorship, as well as their organized support base. The single most important event that defines the beginning of dictatorship is that government leaders achieve power through some means, but later change the formal or informal rules such that competition in subsequent elections is limited.

Exactly what Mr. Farmaajo is trying to do now. On many occasions, he has toyed publicly with the idea of extending his rule beyond his term. His Addis Ababa interview back in February was peppered with loads of unmerited reasons as to why his regime out to continue beyond February 8, next year. In front of the Djiboutian President in Mogadishu, Mr. Farmaajo openly praised President Ismaïl Omar Guelleh (in power since 1999) for building a major sea port in Djibouti which costed 1 billion US dollars, and suggested that was only possible because of his longevity in power. He compared the position of the President of Djibouti with that of Somalia where there were 5 presidents and 9 prime ministers during the relevant period that President Guelleh was able to build those major public infrastructure projects. He said we shall learn a lesson from there and should apply that lesson here at home. President Isaias Afwerki of Eritrea (in power since 1993) is another leader which President Farmaajo admires and is possibly trying to mimic. Well, there's nothing wrong in admiring a President from a brotherly country nearby, but the circumstances of both Eritrea and Djibouti are very different to that of Somalia, which is a post-conflict state trying to rebuild and reintegrate after more than four decades of as yet ongoing armed conflict.

Farmaajo's government routinely brutalizes both its opponents and persons or groups critical of or suspected of being critical of the policy directions of the President. His former ally and long-time subordinate, Mr. H. A. Khayre, is the latest person to incur the wrath of Mr. Farmaajo. We saw what happened in parliament, but we hear that the brutal way he was dealt with physically and emotionally upon his return from Dhuusamareeb was the toughest ever meted out to any of the previous PMs who fell out with their bosses. A well-connected and highly reliable source tells me that Mr. Farmaajo planned to arrest Khayre just to humiliate him even further were Mr. Khayre to challenge in public the unconstitutionality of the way he was ousted by parliament. This shows that Mr. Farmaajo felt lots of anger towards his erstwhile subordinate, and that he was willing to risk turning a seemingly minor problem (Khayre has already been removed at that point) into a full-blown city-wide conflagration between troops loyal to Farmaajo and the well-armed supporters of Khayre.

Talk of a disordered mind! In his fascinating book, Disordered Minds, Ian Hughes provides a compelling and timely account of the dangers posed by psychologically dangerous individuals who come to positions of power, with catastrophic results for humanity. Of all the personality disorders recognized by psychiatrists, Hughes' book is concerned with only three - psychopathy, narcissism, and paranoid personality disorder. His main argument is that people with these disorders pose a grave threat to society when they act together and when the circumstances are such that they can influence a substantial proportion of the psychologically normal population to support them. Stalin, Mao, Hitler and Pol Pot provide concrete examples of this dynamic in practice. In the case of Somalia, Siyad Barre is the archetype who has influenced all subsequent horrors.

Hughes uses a model called the 'toxic triangle', comprising destructive leaders, susceptible followers, and conducive environments, to illustrate how people with these disorders come to power. He then explains with insight and eloquence how leaders with disordered minds - psychopathy, narcissism, and paranoia - can take control in unstable societies (read post-conflict trauma case) and create mass movements that empower other disordered minds as well. The results can be disastrous: murder, mayhem, starvation, and war. The twentieth century cannot be understood without acknowledging the central role that people with these disorders played in fomenting the century's most tragic events.

While it is certainly the case that leaders with disordered minds are capable of creating vast wastelands, they can only do so when you and I, our neighbors, friends, families and colleagues fail to see just how dangerous they are, when we fail to underpin our democracy with the infrastructure capable of withstanding the onslaught of the deceptively charismatic lunatic leader. So let's make it our business to keep Farmaajo and company's disordered minds from disordering our country and its downtrodden people again.

My next article will focus on how the Somali people can heroically resist the threat of a new dictatorship from Farmaajo and Co. Stay tuned.